After a tough 2nd day with 5300 feet of vertical we were looking forward to an easier day 3 with far less climbing. We started early in the morning from Scoiattoli rifugio with a commanding view over the Dolomites and is just a stones throw from the gorgeous rock formation ‘Cinque Torri’.

Although the days hike started in the middle of a ski run it quickly veered west and hugs a rock wall with stunning views looking out to the north. We quickly reached the bottom of the hill and had a quick snack at Rifugio Passo Falzarego right across the street from the cable car up to Lagazuoi.

After a refreshing snack we headed northwest following the road and getting roasted in the hot sun. A recurring theme for this trip is we were over dressed as it was unseasonably warm almost everyday. A few minutes later we were walking by an ‘Forte Tre Sassi’ a WWI Austrian fort converted into a museum. The small lago next to the museum had a striking turquoise color and we stopped to take numerous pictures.

Following the lake and a short uphill we followed the path just below Monte Castello. We stopped for lunch and had Loacker’s cookies which were a tremendous treat each day :D. After lunch we pushed on another hot and sunny uphill slog. After cresting another ridge we were rewarded with a view of our destination Berggasthof Pralongià our lodging for the night. It was an easy gentle stroll into Pralongia with sweeping views all around.

Pralongia sits at the top of several ski lifts and given its prominent height has great views of Marmolada Glacier to the south. We both consumed giant bubble waters well deserved after the intense heat. Our room at Pralongia was much better than expected as we had a private hotel room and shower with a great view. Thankfully the rifugio staff was super helpful and did a full load of laundry that night for us so we had clean clothes in the morning. I absolutely love the German pronunciation of ‘Super’ the guy at the front desk kept saying :D. We were consistently surprised that rifugio’s we were booked into felt much more like upscale hotels. Dinner was 5 course with an excellent pana cotta for dessert. 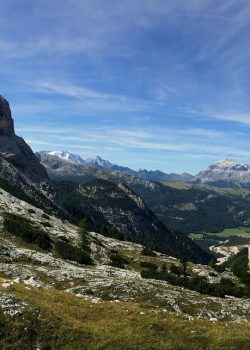 Day 2 started with a short climb out of the valley past Lago di Limo which had magnificent reflections in the calm morning air. After passing a closed rifugio (Utia Gran Fanes) where we were hoping to buy a snack we pushed on and were rewarded with stunning views of a crystal clear pond. After […] 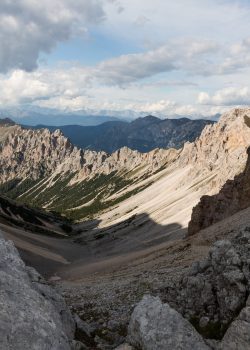 We got a very late start on Day 1 due to jet lag. The long trip from the US to the Dolomites left us exhausted. We spent the morning rushing to pack our backpacks. We also had to arrange to leave our rental car “poo brown’ (Fiat station wagon) at the hotel. Thankfully the hotel […]

With the weather looking great we chose to get outside and start a late afternoon hike without a particular destination in mind. The Flatirons are practically spitting distance from our front door so we drove out to South Mesa trailhead (Boulder Open Space). One of our favorite features of Boulder Opens Spaces as they are […] 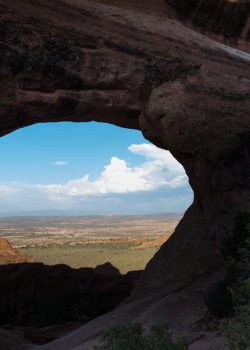 We’ve never visited Arches National Park and thankfully after moving to Colorado it’s now only about a 5 hr drive from us here in the Boulder area. Late April is a perfect time to visit Arches & Canyonlands just outside Moab before it gets too damned hot in May. Arches is beautiful but compared to […] 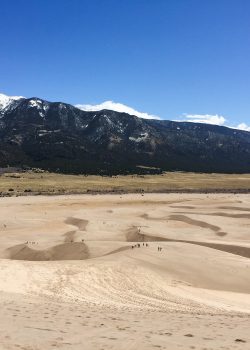 We had initially planned to hike the dune field on Saturday but the weather was terrible and overcast so we postponed our visit to the dunes until Sunday. We were amply rewarded for our patience with brilliant sunshine and temperatures in the 60’s. One reason we were really excited to visit Great Sand Dunes NP […] 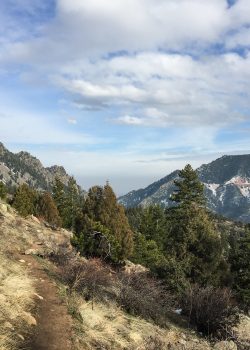 With the weather looking great in early April we decided to hit the trails. Lucky for us we live quite close to Eldorado Canyon State Park. We weren’t quite sure how far we would go since we got a late start to the day. Small word of caution the road to Eldorado Canyon SP is […]

With our moving date to Colorado rapidly approaching we wanted to visit and hike on Catalina before we left. We were excited by the prospect of bringing Max our mini australian shepherd along for the hike. It’s not widely advertised or known but you can bring a dog to Catalina island on the ferry as […] 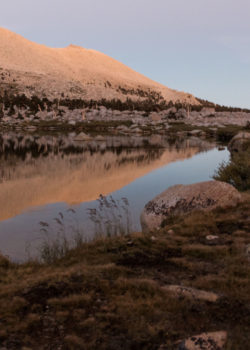 What better way to spend your birthday weekend than squeezing a late season backpacking trip in the Sierras, answer not much. We decided on a quick overnight trip somewhere relatively close to the LA area and came up with this little gem Cottonwood Lakes. These lakes are tantalizingly close to Southern California just outside Lone […]